Monica, O My Darling on Netflix: Release Date, Cast, Trailer, and Everything You Need to Know

Bringing another intriguing Indian film in a row, Netflix is gearing up for the much-awaited premiere of the upcoming comedy-thriller Monica O My Darling which is expected to release soon. The comedy-thriller is directed by Vasan Bala and will be released under the banner of Matchbox Shots. Rajkumar Rao, the famous Bollywood actor, will play the lead role alongside Huma Qureshi of Gangs of Wasseypur fame. Radhika Apte who has proved her metal with her impeccable performance in several Netflix shows will also play a pivotal role in the film.

According to Netflix, Monica O My Darling is a blend of black comedy and white-collar crime. The story follows a young man who is desperate to make it big with some unlikely allies with a dastardly diabolical plan as they plan to pull off the perfect crime, a murder. Monica O My Darling will be a roller coaster of dark and evil twists in the world of crime where survival is the key.

The official trailer of Monica O My Darling is yet to be revealed. Netflix, however, has enticed the audience with a short clip consisting of BTS shots from the sets of the comedy-thriller and we are absolutely hyped!

Have a first look at Monica O My Darling below!

What is The Netflix Release Date For Monica, O My Darling on Netflix?

Netflix has not announced the release date for Monica O My Darling. The film is expected to premiere in mid to late 2022.

What is Monica, O My Darling Netflix All About?

While we only have limited information about the upcoming comedy-thriller, Monica O My Darling seems promising from the first look at it. With a gang planning to commit a perfect murder, some very interesting and hilarious characters, and an ensemble cast of Bollywood’s A-listers, we can expect it to be a roller coaster of laughter and thrill. The inclusion of dark comedy in desperate and helpless moments can be the perfect combination to make the audience laugh out loud with perfect timings and impeccable acting. Given that Rajkumar Rao, Huma Qureshi, and Radhika Apte are playing pivotal roles in the series, we can expect nothing but another masterpiece in the making.

For Director Vasan Bala, the making of Monica O My Darling on Netflix was always on his wishlist and now that it is happening, it’s a dream come true for him.

“Making a noir film was always on my wishlist and making it for Netflix with Matchbox Shots makes it an absolutely riveting combination. A noir universe comes with its set stock of characters and conflicts that seamlessly retro-fit themselves in any time and scenario. As greed, love, betrayal, rage and the all important ‘I have a plan’ combine to engineer the thrilling exploration of Cinema”, said Visan Bala.

Check Out The First-look Photos From The Netflix Movie Monica, O My Darling Below: 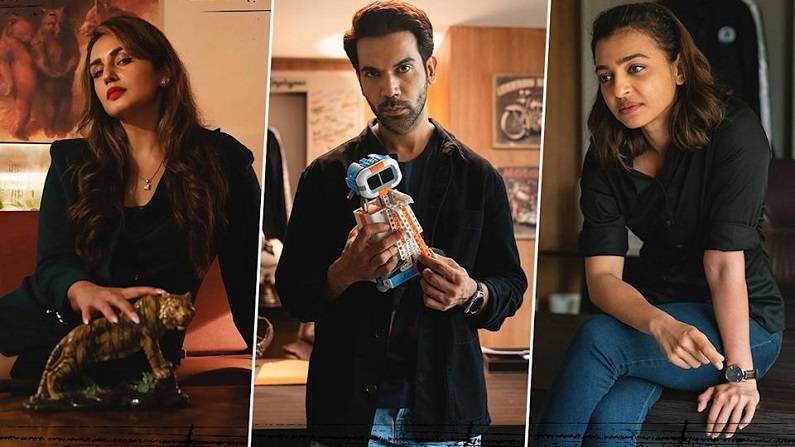 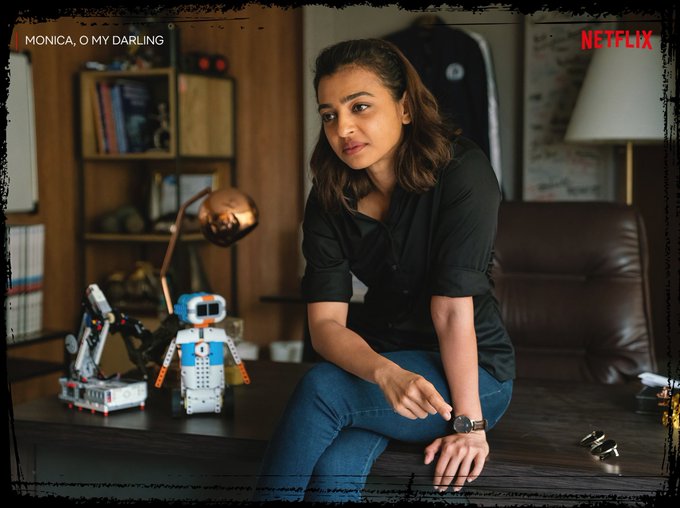 What is The Plot & Synopsis of Monica, O My Darling?

Monica O My Darling is a dark comedy film, following the journey of a young man who is ambitious to make a name for himself. However, after he ends up making wrong allies, he becomes a part of a devilish plan to commit a perfect murder.

Here is the synopsis of Monica O My Darling on Netflix:

“A young man desperately tries to make it big with some unlikely allies and a dastardly diabolical plan to pull off the perfect murder.”

Here is the complete cast of Monica O My Darling on Netflix:

What is The Production Status of Monica O My Darling?

Currently, Monica O My Darling is in the post-production phase. We can expect Netflix to drop the much-awaited release date anytime soon.

Stay tuned to find out more details about Monica O My Darling on Netflix.

Previous articleLana Condor’s ‘Boo, Bitch’ Netflix Series: Release Date, Trailer, Plot & Synopsis, Cast & Much More
Next articleThe Wrath of God on Netflix: Everything We Know About The Wrath of God