Where & How to Watch Gentleman Jack Season 2 from Anywhere: (Everything You Need to Know)

Based on the intimate diaries by Anne Lister, the award-winning hit series by Sally Wainwright Gentleman Jack will return for its second season on Sunday, April 10th, 2022. Starring Surrane Jones, and Sophie Rundle,  you can watch Gentleman Jack Season 2 on BBC and HBO.

The trailer for Gentleman Jack season 2 has enticed the fans who have been anxiously waiting for the periodic drama to return to their screens!

Created by Sally Wainwright, Gentleman Jack is a periodic drama based on the voluminous and secret diaries of Ms. Anne Lister, known as ‘the first Modern Lesbian’, who was a successful landholder in West Yorkshire, England in the early 1800s. After a terrific season 1, the much-awaited Gentleman Jack season 2 will be released this Sunday and we are excited! 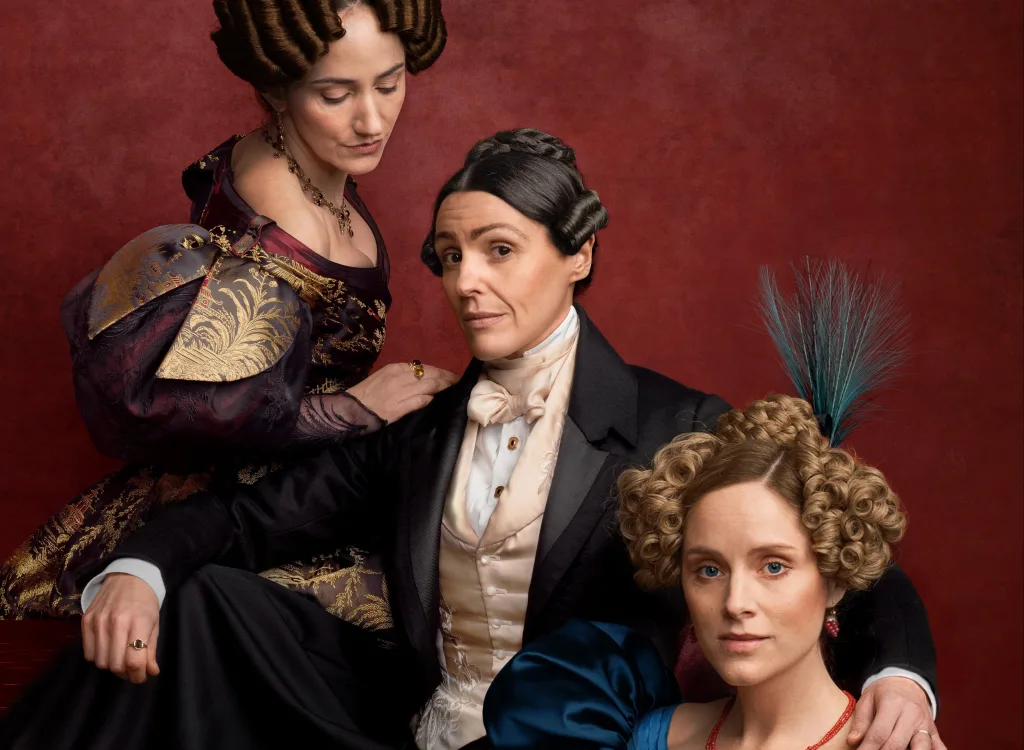 The RTS-winning and BAFTA-nominated series star Surrane Jones as Anne Lister, Sophie Rundle as Ann Walker, and Lydia Leonard as Mariana Lawton. Gentleman Jack season 2 will be an eight-part series and will be available online on BBC iPlayer and HBO Max.

What is Gentleman Jack series 2 About?

After a dramatic finale in season 1 where Anne Lister (Surrane Jones) made the bold decision of marrying her lover Ann Walker (Sophie Rundle), part 2 of the series Gentleman Jack will show the struggles the couple will after they move into the Shibden Hall as wife and wife. While Anne and Ann will start their romantic journey as the newlyweds, the couple will also tackle several controversies, especially when Anne’s former lover Marian Lawton (Lydia Leonard) will mark her return to the estate to stir the drama in her attempt to reclaim her position.

Gentleman Jack season 2 will show how Anne Lister will tackle problems in her business as well after her rivals and competitors will use the controversies to turn things in their favor. Not only that, but Anne will also find it difficult to get her family’s approval as she is all set to venture into a new business and start a hotel of her own!

Produced by Lookout Point for HBO, Gentleman Jack is co-produced by BBC One and the fans can watch the new episodes on these streaming platforms. Here’s what the official synopsis read:

“Yorkshire, 1834. All eyes are on Anne Lister and Ann Walker as they set up home together at Shibden Hall as wife and wife, determined to combine their estates and become a power couple. Anne Lister’s entrepreneurial spirit frightens the locals as much as her unconventional love life, and, with Halifax on the brink of revolution, her refusal to keep a low profile becomes provocative and dangerous.”

The Cast of Gentleman Jack Season 2

When Does Gentleman Jack Season 2 Come out? Release Date!

The second season of Gentleman Jack has 8 episodes and you stream it online on BBC iPlayer in the UK where it’s completely free!

While the fans of the hit series Gentleman Jack in the UK can stream the latest season for absolutely free on BBC iPlayer, those in the USA will have to wait for another couple of weeks to watch Gentleman Jack season 2 on HBO Max on April 25, 2022.

If you are outside the US and want to stream Gentleman Jack season 2 on HBO Max as soon as possible, you will need an excellent VPN to stream the new episode from anywhere in the world. Here’s what you can do to stay up to date with your favorite series and catch up with all the internet predictions, memes, and anticipation related to Gentleman Jack season 2.

After releasing the tempting trailer for Gentleman Jackson season 2, the hit series is making rounds on social media as fans are excited to stream the latest episodes at their earliest!

The fans of the series in the UK do not have to wait much longer as they can watch Gentleman Jack season 2 online on BBC iPlayer for absolutely free. If you have not already signed up, register yourself for free on BBC iPlayer and start streaming!

The first episode of Gentleman Jack season 2 will premiere on Sunday, April 10, 2022, at 9 PM BST on BBC1 and BBC iPlayer.

Gentleman Jack season 2: How to watch in the US, Canada, and Australia

If you are residing outside the United Kingdom, you can wait for another couple of weeks till Gentleman Jack is available on HBO Max in the USA on April 25, 2022. However, if you don’t want to miss the premiere of Gentleman Jack season 2 on April 10, 2022, on BBC, we may have a solution for you!

Fans in the US, Canada, and Australia can access BBC iPlayer from anywhere in the world by using an excellent VPN service provider. Once you have signed up for a VPN, you can bypass geo-restrictions and log in to the BBC iPlayer from the US, Canada, Australia, and other regions. We have already discussed some of the best VPNs available for streaming geo-blocked content and you can select the one which you find the most suitable.

The anticipation around Gentleman Jack season 2 has no match following the release of an exciting trailer by BBC. After a tremendous season one in 2019, the periodic drama is returning to the screens after almost 3 years. Starring Surrane Jones and Sophie Rundel in the lead, Gentleman Jack is based on the secret diaries of Ms. Anne Lister who was a successful businesswoman and landowner in England in the early 1800s. Season 2 of the hit series is all set to release on April 10, 2022, promising a roller-coaster ride back to the history filled with drama, romance, controversies, and more!